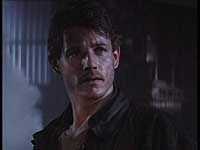 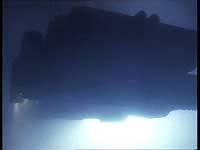 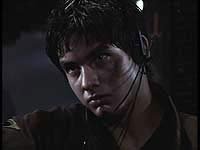 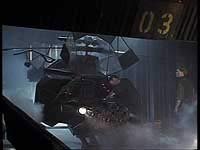 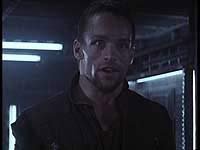 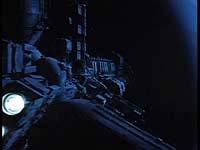 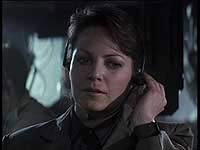 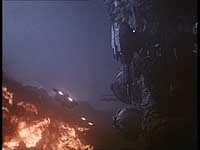 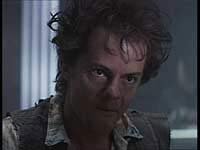 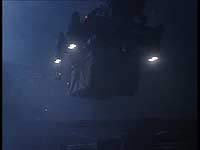 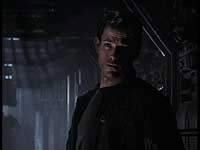 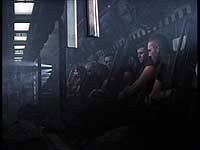 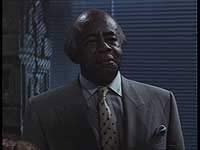 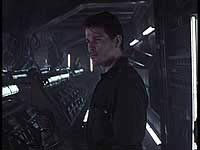 By 2038, the Earth's natural resources have been depleted; valuable minerals are now being mined on distant moons in the depths of space. With their mines repeatedly coming under attack from rival company Pyrite, Galactic Mining send a group of convicted criminals and computer whizz kids to Moon 44, to train as fighter pilots and navigators. Tough internal affairs cop Stone (Michael Paré) goes undercover with the prisoners to try and find out why the company's mining shuttles have been mysteriously disappearing.

Six years before he scored a massive worldwide hit with alien invasion blockbuster Independence Day, Roland Emmerich helmed Moon 44, an extremely lacklustre sci-fi thriller that saw the director desperately attempting to imbue his film with a sense of style by ripping off the look and feel of Ridley Scott's classics Alien and Bladerunner. However, some reasonable model effects, and an excess of fluorescent lighting, spurting steam vents, and slowly rotating ventilation fans do little to hide the fact that this is one hell of a dull film, with dreadful performances, terrible dialogue, unexciting action sequences, and characters that it's very difficult to give a damn about.