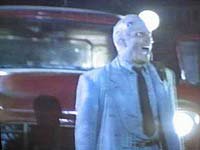 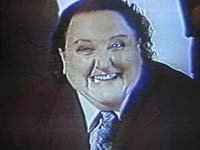 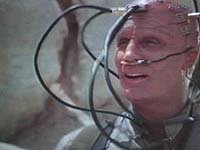 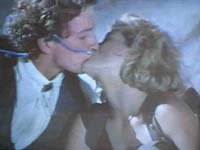 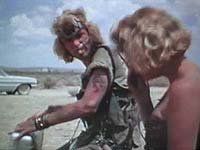 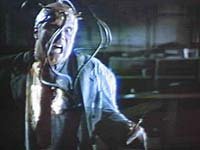 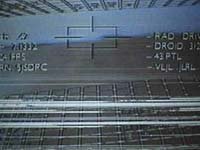 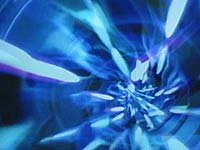 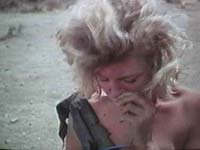 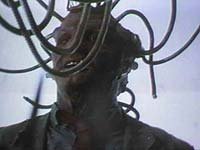 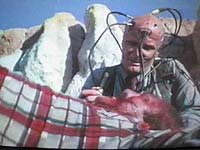 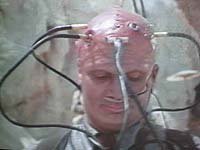 This movie's somewhat mundane title disguises a story that is both entertaining and imaginative. Clearly operating on a limited budget, the movie draws on sci-fi staples such as BLADE RUNNER and the MAD MAX movies to furnish a tight little chase plot that, while never setting off any fireworks, manages to keep you hooked until the closing credits. CIRCUITRY MAN'S big brothers did things better, but what this movie lacks in budget it more than makes up for in terms of enthusiasm and inventiveness.

Set in a world in which the air is unbreathable and the bulk of the population lives underground, the story concerns the attempts of a former female bodyguard (Dana Wheeler-Nicholson) to deliver a briefcase of computer chips to an underworld connection in New York, aided by a male-gigolo robot (Jim Metzler). Attempting to stop her are a wonderfully malevolent villain named Plughead ( a charismatic performance from Vernon Wells) and a couple of bumbling policeman (one of whom fans of CHEERS will recognise as Paul Willson, the actor who plays Paul). The storyline is threaded with nice humorous touches throughout, and aided by a soundtrack by Deborah Holland that is unusual for this kind of movie, but which works well.

CIRCUITRY MAN is proof, if ever it was needed, that a lack of budget does not have to restrict the imagination of writers and directors. See it if you get the chance.