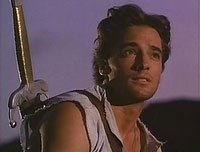 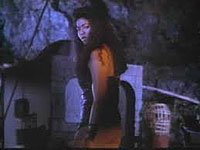 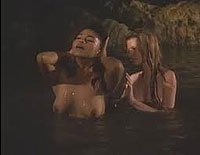 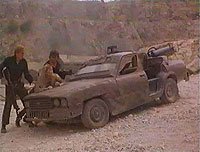 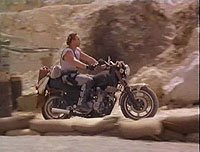 Terrible, even by Cirio H. Santiago standards and I've seen a lot of his work. When watching this painfully awful movie, its very obvious to the viewer, just how little care or effort (let alone passion or enthusiasm) was put into this boring and tepidly-paced attempt of an action movie. David Carradine, the movies "Hero" looks and sounds particularly bored, he no doubt, just showed up to get paid.

Just to cover some of the films short-comings...... you have the inept and indifferent directing from Santiago (he put more effort into his earlier PAW films, you strongly get the since he was just bored while making this movie), the lame and flat acting by the cast (most of which are NOT remotely convincing in their respective rolls), the dialogue is exceedingly boring and cliché-ridden (and generally delivered with zero enthusiasm - no mustard on those line, no zip), the sets that compose the village are HILARIOUSLY CHEAP LOOKING EVEN FOR A CIRIO SANTIAGO action film - on numerous shots you can plainly see the paper-thin prop walls shake, I won't speak about the plot it's just not worth mentioning, there's precious little in the way of vehicular stunts (most, if not all good PAW flicks have those types of stunts), even the gun fire and explosions sound weak and muffled, the "music" is modestly effective - but generic as hell. Just all around BAD! BAD! BAD! As I said his earlier PAW films are noticeable better, especially WHEELS OF FIRE! By 1990 when this crap was made, Cirio H. Santiago must have been bored out-of-his-mind with these types of films. One year later he would resort to re-using large segments taken from his earlier films and splicing it with some new footage, when combined they created the crap-fest that is "Raiders of the Sun", one of the last of his efforts in this genre (and also a movie to avoid).

This is the kind of movie that saps you, as you sit there bored and disappointed wishing it would be over with. I hated every minute of it (lucky me I saw the "director's cut" which was even longer and more boring). Rapping things up here, NO ONE really needs to waste their time or money on this absolute dud of a movie. Dune Warriors flat out SUCKS!!!!!