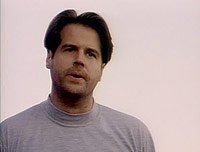 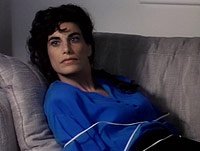 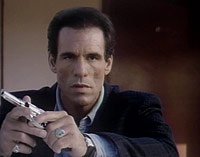 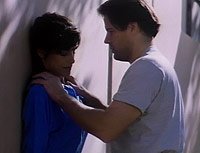 PEACEMAKER is a not-bad B-movie slice of pure hokum from director Kevin Tenney, the man who brought us NIGHT OF THE DEMONS and WITCHBOARD. The plot is heavily derived from THE TERMINATOR and sees a woman caught between two men who are aliens masquerading as humans. One of them's a cop, one's a killer, and she must work out which is which.

It's a mixed bag of a movie in terms of execution but the mystery angle of the plot keeps it going, just about. There's plenty of violent action here, carried out reasonably well on a low budget, and a sense of momentum which means that the narrative is never boring despite the sometimes repetitive nature of the scenes. Cast-wise, the only actor to really shines is the always-fun Robert Forster, although Robert Davi also shows up in support as a cop.