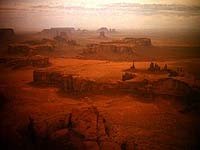 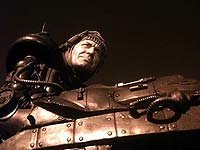 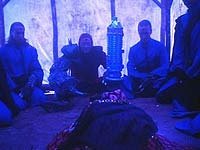 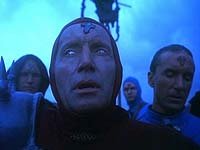 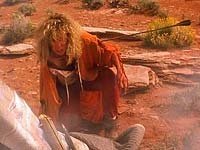 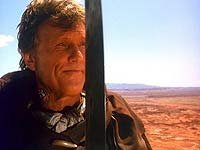 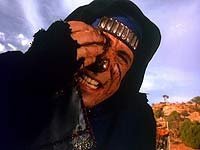 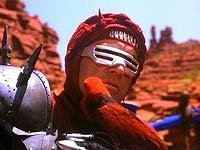 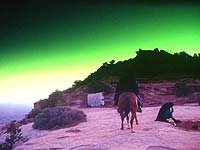 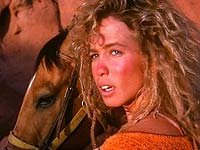 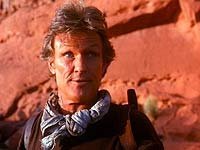 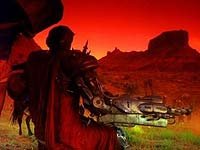 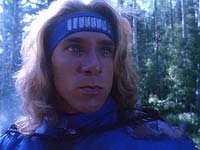 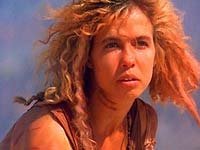 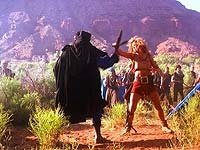 There are two types of people on this planet: those who hate Albert Pyuns films, comparing the works to Ed Wood, and there are those who love master Pyuns style. If you are from the first category you need not bother reading any further – besides you're on the wrong page anyway.

If, however, you're a Pyun fan, it's likely that you are male, used to play with Masters of the Universe toys, used to believe that the Highlander was real, are an avid comic-book reader and enjoy your Heavy Metal loud and manly (Manowar, am I right or am I right?). Just like Albert Pyun.

To take the greatest pleasure in a Pyun film you have to drop all expectations of watching a 'real' movie. Get ready for a comic-book that has been transferred from paper to celluloid. Forget that there is a certain art called acting and revel in the pose, the pathos and the ham. Remember that no CGI could ever get close to plastic and handmade special-effects. Accept that a decapitation by lethal kung fu kick is more worth than deep and meaningful dialogue. Tell yourself that the 80ies were good and there is no beating epic-cheesy synthesizer-soundtracks. In other words: allow yourself to become a kid again for 90 minutes and worry not that your mom will give you st for watching violent movies or drinking beer.

The story of Knights is simple even by Pyun standards: once again the world is a wasteland where only rocks, hoodlums in rags and the occasional hero grow. Cyborgs – Robots with biblical names who suffer from vampirism – under the despotic rule of megalomaniac Job (Henrikensen) are now on top of the food-chain, herding the humans like cattle. Job, receives his commands from the mysterious 'Master Builder', who plans to attack Taos, the last enclave where humans can live in relative safety. Against them stands only the renegade cyborg Gabriel (Kristofferson) and young warrior(ess) Nea (Long), who is searching for her kidnapped brother.

Henriksen, equipped with a ridiculously huge mechanic arm that could have worked only under Pyuns direction, is hamming it up for all he's worth, showcasing his entire reservoir of barely controlled rage, growling, eye-rolling and drooling. Kathy Long is cute as a button and if during the late 90ties you've grown a little tired of Cynthia Rothrocks kung fu routine, Longs take-no-prisoners kickboxing was a real fresh breath of air. Kristofferson was little else to do but to smile benevolently while looking cool and wise at the same time – the rest of his work is cut out for him by his (obvious) stuntman. Scott Paulin gets to do what he can do best: sneer, look creepy and threatening and Gary Daniels is Gary Daniels. Only Vincent Klyn – the steel-eyed chief-baddie from "Cyborg" – is a little underused, having no more than a cameo.

It's always heartbreaking to watch comic geeks march into a superhero movie, only to see them leave the cinema two hours later, curses on their lips, bitterness in their eyes and a piece of their soul dead (exception to the rule, "The Dark Knight" and "Watchmen"). This never happens with Pyuns films. Not only because they don't show them in cinemas but rather because these little trash-gems are produced by people who believe in their work – made by fans for fans. (Deep down in my heart, I still believe that, had Pyun directed "Spider Man", it wouldn't have turned out to be a heart- and soulless piece of CGI-junk).

There is trash and there is "trash". Other directors like Michael Bay or the notorious Uwe Boll may be given huge budgets and an excellent cast; their 'talent' will invariably turn any effort into manure. Pyun on the other hand can turn manure into small but heart-felt trash-classic.

If I wasn't a Pyun fan, I'd give this movie nothing. As a fan, I give it 7 out of 10 stars (points being deducted for promising a sequel that never came and for simply not being as good as Pyuns 1989 movie "Cyborg", one of the three Van Damme films that didn't stink. On second thought, 1 point added for having a dismembered Kristofferson fight from within a rucksack).

Alternatively you could watch Ingmar Bergman's "The Seventh Seal" or Luchino Visconti's "Death in Venice", but that's another story.