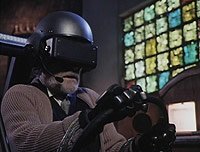 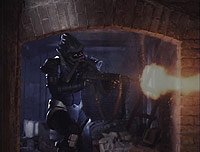 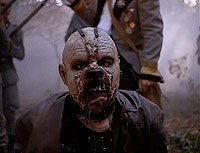 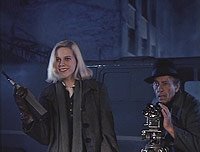 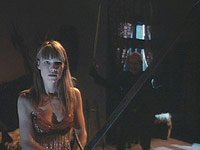 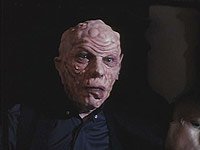 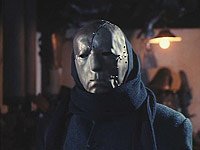 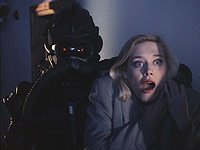 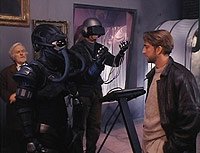 This is one of the worst full moon films. It really is hard to hate movies that have such a low budget you feel sorry for the people who work on the film and the actors that have to say the lines in the script. But hey, when full moon keeps cranking out such junk, there tends to be uber junk and this is that film. Basically, two scientists build a android that they can control with a helmet and hand controls because they are working on super toxic mushrooms and need this mandroid to handle the mushrooms. One scientist is trying to save the world and the other wants to make mandroid into military units. A lot of talking and only a couple of sets to film on, it gets pretty boring until the end where you are rewarded with some decent action. There is a sequel to this film, and I have no idea why because Mandroid could not have been that popular, which is even worst. If you bought the full moon classics volume 2 set like I did, you probably are going to watch this and say to yourself, why do I do this to myself? the answer is "I can't control myself" This film is almost so bad its good type film but it gets a little too talky to make it not.

for more reviews visit my Youtube channel: Logan Toxic and my blog: logantoxic.blogspot.

Review by logantoxic from the Internet Movie Database.