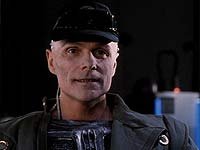 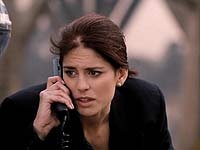 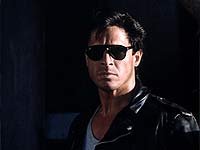 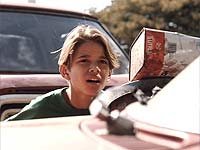 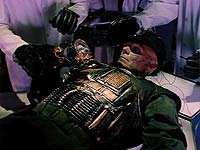 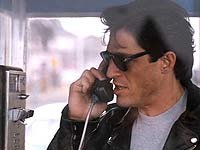 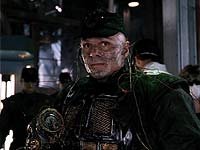 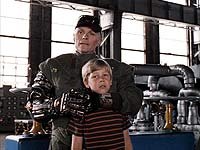 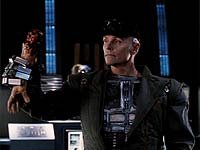 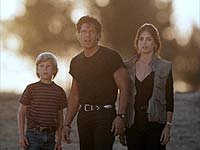 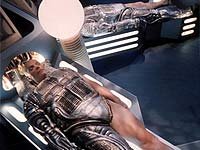 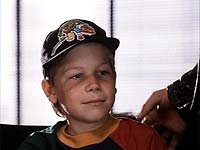 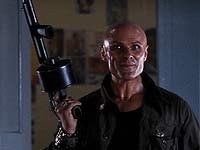 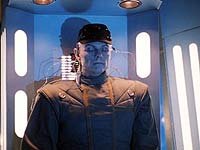 By all rights, CYBORG COP 2 should be a piece of trash and by all rights, it is. A cheap and cheerful rip-off of better sci-fi films (in particular TERMINATOR 2, with which it shares many stylistic similarities), it's made without an ounce of originality and yet plenty of enthusiasm, to the degree that it actually turns out to be entertaining to watch. Yes, it's a piece of trash through and through, but it's entertaining trash -' and I'll take entertaining trash over a boring blockbuster any day of the week.

The plot is unconnected to the first film, and one again there are no cybernetic cops, although we do get low-rent action man David Bradley returning as the hero. This time around he's up against a villain clearly influenced by ROBOCOP's Clarence Boddiker, and there's an absolute ton of action thrown in along the way as he battles an army of unstoppable cyborgs. I don't know where Firstenberg got his budget, but the movie is chock full of cheesy fight scenes and endless explosions; barely a minute goes by without extras being gunned down in slow motion by the robotic army.

Some aspects of the production are intensely irritating, like the endless and moronic musical score, played on an organ for the most part, which really saps life from many of the scenes. The editing is pretty dodgy too with a couple of shots transposed and most of the action filmed in a repetitive way. Bradley's acting is terrible as is that of the rest of the cast, although I did gain enjoyment from Morgan Hunter's ultra-hammy bad guy. But this is a movie for trash fans all the way.