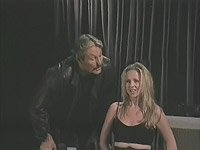 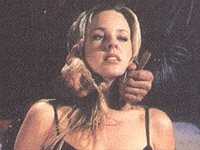 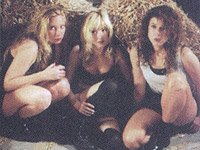 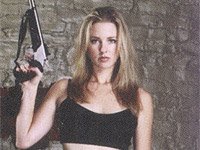 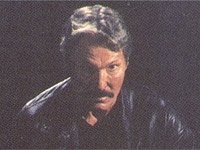 This is a very strange and bizarre movie but not uninteresting. A mixture between the legendary sixties TV series "The Prisoner" starring Patrick McGoohan, the Woman-in-Prison movies and a little bit of Orwells "1984" with the typical visual style of director Donald G. Jackson.

Heather Baker plays a young girl named Jenny who gets kidnapped because of a special book she owned. They put her into a strange and futuristic prison where there is no escape. The female prison guards treat her badly. In the Theatre of Pain she is interrogated.

Donald G. Jacksons movies are Low Budget, sometimes very bizarre and with a curious story but they always have fine actors like B-movie legend William Smith and B-picture goddess Julie Strain here and they have their own special charm.

Review by wolfhell88 from the Internet Movie Database.