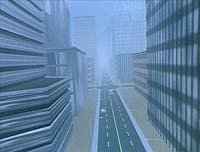 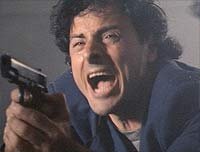 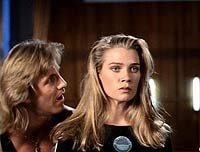 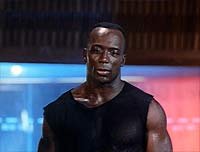 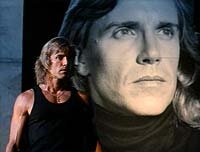 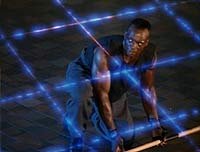 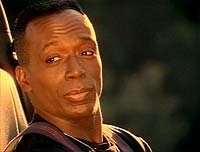 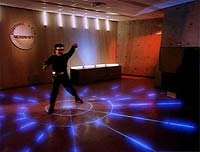 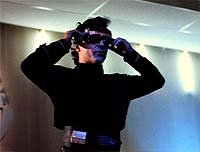 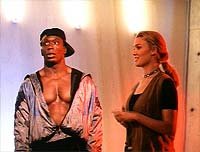 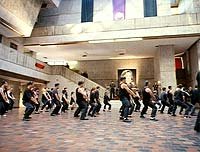 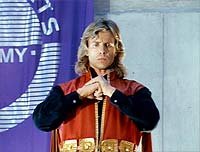 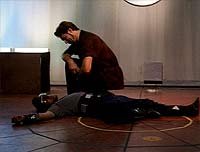 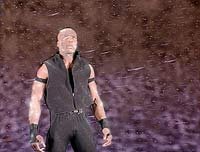 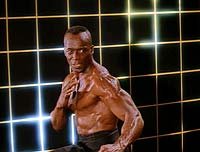 Warbeck (Larson) and his sidekick Damian (De Longis of CIA II, 1993 fame) run the Virtual Arts Academy, an institution of "higher learning" that teaches its students Martial Arts mixed with heavy doses of Virtual Reality (or "VR", as seemingly countless 90's movies and TV shows insisted would be the future). However, as awesome as this place seems, something fishy is going on there, and Federal Agent Justin Vanier (Blanks) is assigned to check it out. So he goes undercover and enrolls as a student. As it turns out, the maniacal Warbeck is training high-tech assassins to go on missions to kill people, including witnesses for potential trials. Along with Eric (Merhi) and Vicki (Holden), Justin must bring down Warbeck's sinister organization. But first he must figure out the differences between "virtual" and "reality" in this confusing new world.

Like we always used to say about the chain of stores Xpect Discounts, you can expect discounts, but you might not necessarily get any. However, after watching the absurd opening sequence to Expect No Mercy, you realize you are in for a ridiculous romp with plenty of 90's nostalgia thanks to the plentiful computer graphics. Following Talons of the Eagle (1992) and TC 2000 (1993), Billy Blanks and Jalal Merhi team up once again. They must really get along well. Blanks has some funny catch phrases (and funny hair, and funny outfits), and Merhi is just mush-mouthed and incomprehensible.

Take the scene where Justin (i.e., Billy) is going to enter the VR school for the first time. He's wearing a baseball cap and jacket. Right before walking in, he turns his hat around backwards, and unzips his jacket, exposing a lot of chest because he's not wearing a shirt underneath. WHY? Did he think this would make him "fit in" at the school? Presumably Warbeck saw this and thus made him his mortal enemy. It would certainly explain their fight scene where for no comprehensible reason, after fighting for a good ten minutes, they then tear each other's shirts off. Hmmmm...As far as Merhi, one of the scariest things in a non-horror movie is the disembodied Merhi head. You might scream.

As far as the other baddies, we have Damian, who wears a whip as some sort of tie, Real Andrews of Renegades (1989) and Red Scorpion 2 (1994) fame, who would appear with Blanks the next year in Balance of Power (1996), Michael Blanks as Spyder, who is Billy's brother and appeared in Ring of Steel (1994) and the fascinatingly-named Lazar Rockwood, who looks exactly like Billy Drago. We're not entirely satisfied that it's NOT Billy Drago. So the supporting cast is solid, and along with plenty of fights and blow-ups, Expect No Mercy provides the action and (presumably) unintentional comedy that makes for good entertainment.

An example of humor is in the set decoration: there are massive posters of Wolf Larson's face everywhere. Where are those posters now? Also, since this was made at the height of the Mortal Kombat craze, there are some similarities there, and there's even a real computer game you can buy based on this movie. But in the VR fight sequences (even the one with the Dee Snider-like villain Fango), are our heroes really punching NOTHING? When Billy Blanks had that fight scene with some steam in Balance of Power, was that a really more substantial opponent than the enemies here? Something to really (not) think about.

It has a memorable score by Varouje Hagopian, and even funny (presumably ADR?) sounds from the fighters, as if the filmmakers thought the fights were too boring, so they felt adding some actors shouting "chaw!" "chaw!" would really liven things up. Unsurprisingly, the movie was shot in Ontario, Canada and has a very Canadian feel (again, not a bad thing, just an observation).

For 90's action silliness, Expect No Mercy is a solid choice.