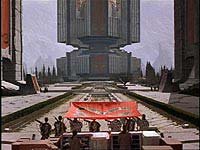 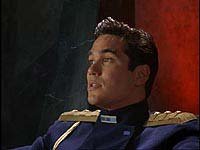 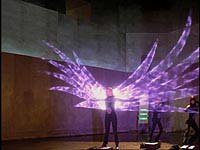 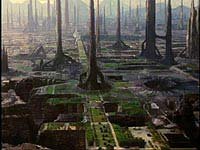 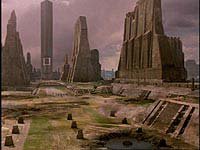 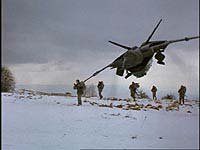 Like all other low budget sci-fi flicks, this one also fell apart despite having an interesting plot. The set designing was okay, so was the costumes, equipments etc. But where this one lagged behind is the cinematography with special effects. An air of childish simplicity is revealed on this occasion. Everyone expects mature and massive use of special effects in a sci-fi war movie like this; but evidently due to low budget and less actors somehow you'll feel uneasy about the lack of completeness while watching. The background music also seemed insufficient.

But the producers and directors did everything else perfectly to make it worth watching. The story is quite interesting. They did everything necessary to create a wave of tension throughout. The screenplay is not that bad. Justin Whalin (Dungeons & Dragons) did not disappoint me. You do not expect much from the other actors in a movie like this and I'll say they did their part well. The locations were good chosen etc and etc.

So this is one movie which should become quite an eye-opener for new movie makers. If you don't have money, don't venture to make a sci-fi one.

Review by shanfloyd from the Internet Movie Database.