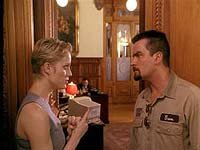 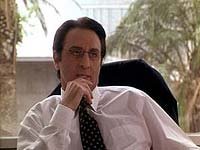 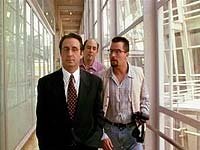 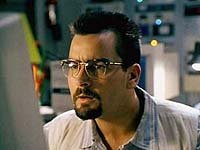 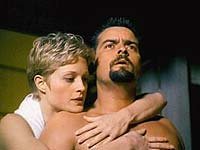 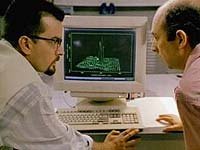 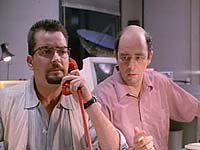 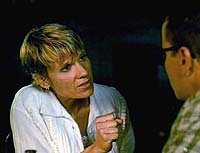 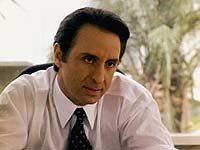 I like sci-fi and while perusing movie offerings in that genre, ran across The Arrival. The movie has an interesting premise: we Earthlings are heating up our world by creating man-man (anthropogenic) greenhouse gases. Aliens arrive who have a way of masking their true bodies with a device that allows them to appear human. They can live in high heat that would be unpleasant, if not lethal, to a normal human being. And because human beings clearly do not deserve Earth because we're destroying it by overheating it, the aliens arrive to artificially heat up the atmosphere even more with greenhouse gases to kill us all off. One must remember the movie came out in 1996. At that time skepticism on a wide scale existed regarding the effects of global warming, which more correctly should be called: more extreme global climate change.

All this being said, the movie is riddled with weak points. First there is the chief character, Zane Zaminsky (Charlie Sheen). I first saw Sheen perform in Olive Stone's Platoon (1985) and thought he did a credible job. At that time I thought he might even turn out as good as his dad (Martin Sheen). That of course didn't happen. In The Arrival he plays a perpetually excited and fearful radio astronomer based at a NASA-operated installation whose mission is to try to detect radio signals coming from outer space signifying an alien civilization (SETI). Zane detects something that convinces him this is "the" signal and tries to convince his boss, Phil Gordian (Ron Silver), that he received a message from aliens. Gordian pooh-poohs it and gets rid of Zane. Zane being fired, he shoots out on his own.

Zane has issues with his girlfriend, Char (Teri Polo), who doesn't see the big picture like Zane sees it. Zane meets a young black kid, Kiki (Tony Johnson), who helps with his enterprise. With his jerry-rigged apparatus Zane detects a signal identical to the one he got before, except that it's not coming from outer space. It's coming from somewhere in Mexico. He shoots down to Mexico and bumps into a climatologist there (Lindsay Crouse) who also knows something's up. Meanwhile it turns out Gordian is an alien-in-disguise and sends two alien-in-disguise goons to destroy Zane's apparatus.

Zane finds the alien nest in a privately-operated plant in Mexico (it turns out there are many of them located in third-world countries). The company is supposedly involved in legitimate electrical generation but in reality it's generating instead vast amounts of greenhouse gases. Zane gets rid of the aliens in the plant. The climatologist is killed off by hordes of black scorpions planted in her hotel room by one of the aliens. Zane journeys back to NASA headquarters in LA and confronts Gordian and his goons. He eventually triumphs over the aliens and warns Kiki (who it turns out is also an alien) that their game is over and to tell his masters to send no more aliens to Earth.

Good points: I found the depiction of the aliens convincing as was the premise. Bad points: The script was wooden and the acting was mediocre. Summary: OK for a rental movie if you need a sci-fi fix.

Review by jkbonner1 from the Internet Movie Database.