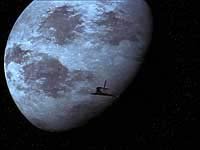 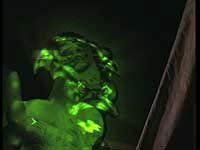 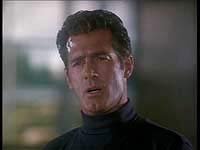 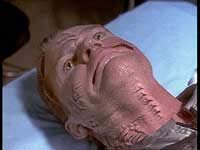 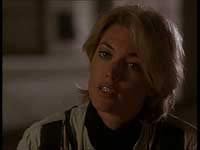 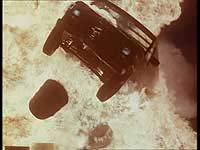 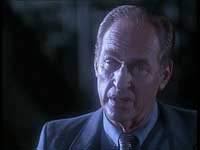 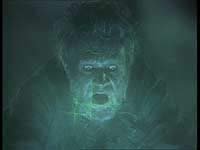 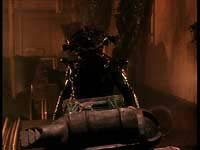 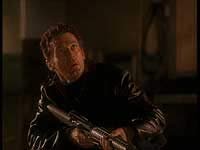 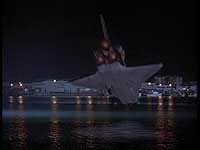 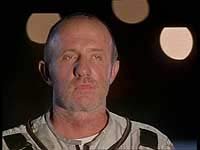 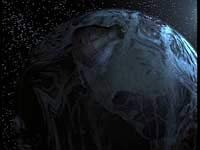 Back in the mid 90's, PM Entertainment put out a large number of highly entertaining straight to video action flicks. Producer Joseph Merhi usually also directed most of the standard action vehicles, while Richard Pepin would do the ones with a Sci-Fi theme (Cybertracker, The Sender, The Silencers etc.). Having really enjoyed The Silencers and both Cybertracker movies, I decided to give Dark Breed a go. It also had Jack Scalia in the lead, who did a fine job in his other movie with Richard Pepin, The Silencers.

Dark Breed has all the usual elements of an entertaining actioner with a Sci Fi theme. Car chases, gun battles, explosions, the PM trademark of tons of glass breaking and this time, some very decent looking special effects for the time, especially for DTV material. So if you like that sort of stuff, what is there not to like? Looking at the credits, I noticed some of the people responsible for the FX went onto do FX in several big budgeted productions. It appears that Pepin has probably blown a large amount of the budget around that and not bothered to build a competent movie around it.

The single biggest flaw about Dark Breed is basically the fact that it just isn't that interesting to watch. As previously mentioned, everything is there but what made the other PM movies so much fun all seems watered down or poorly handled. It all starts off well enough, with 2 young lovers in a car and a ship coming and landing in the lake beside them. The effects here are neat, and then we're treated to a reasonable chase scene where the "Alien parasites" hijack a truck carrying a mobile home with a good number of smashes and a big explosion at the end. However, it all goes downhill from there. The pace is sluggish, what is only 93 minutes long feels like much more. The cast seems to be completely lacking in any kind of enthusiasm, and just provides "Can I have my paycheque now?" performances. The gunfights are all very, very dull and the fact that they're all set among warehouses and wastegrounds doesn't help. About 45 minutes into the movie, we're treated to a car chase involving Jack Scalia being pulled along on a satellite dish by a van while being pursued by the villains. The camera angles are well done, the stunts are excellent and we're treated to some nice explosions involving a van and several cars. However, what mostly ruins this scene is the fact that the weather changes between each cut, at first the sun is shining, then the road appears wet at one point, then towards the end the sun is shining again. It's only a minor glitch, but one which could have been easily avoided and only cheapens the look of the movie.

So you probably get the picture of what "Dark Breed" is like. It's not a bad movie, but when there's so many other movies which do similar, and do it better, I can't think of any reason to recommend Dark Breed. If you're going to see a PM movie, this isn't the one to start with. Try Executive Target, Rage or Last Man Standing. If you want one of their Sci-Fi themed movies, try The Silencers or CyberTracker. If Dark Breed is on TV, give it a go, just don't go out of your way to find it.