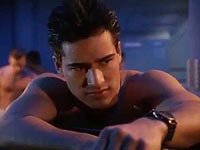 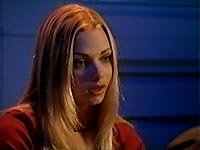 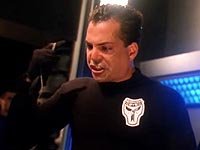 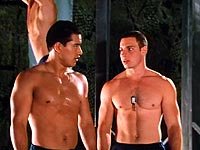 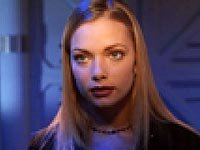 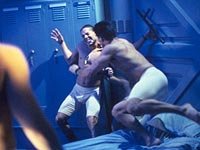 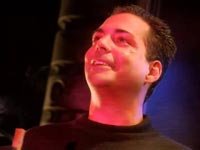 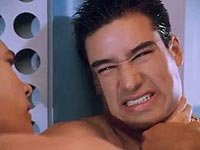 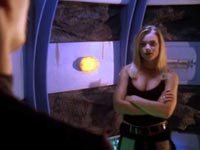 I usually start one of these with a brief plot summary. I think I'll skip that with The Journey: Absolution. Like the film's title, the plot is pretty much an indescribable, nonsensical mess. Something about a secret military training facility in the Arctic. Mario Lopez is sent in (I think) to investigate reports of a missing soldier. And then, out of the blue, the plot switches to full on sci-fi with aliens trying to come through an interstellar gate to take over Earth or something. Whatever! In reality, though, the movie's main purpose seems to be to show a bunch of hunky, good looking, sweaty guys in their underwear. It was more like watching a Calvin Klein commercial than a movie.

Beyond the ridiculous lack of a coherent plot, just about everything else is equally bad. My chief complaint is the acting. Mario Lopez is plain old horrible. His accent comes and goes and his delivery is beyond awkward. Richard Greico is so bad he's laughable. He over-acts every scene like his life depended on it. As for Jaime Pressly - she's in the movie (and that's the kindest thing I'll say about any of the acting). In short, The Journey Absolution is a complete disaster.

One last thing, I did get a chuckle out of the number of times Pressly's character was able to sneak into the top secret military base.