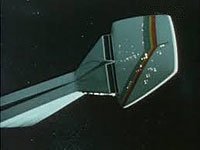 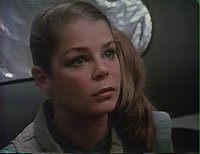 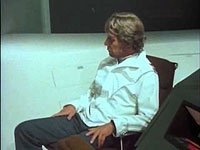 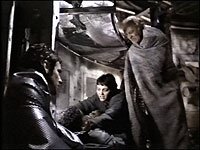 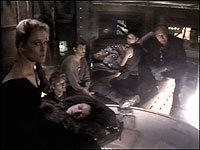 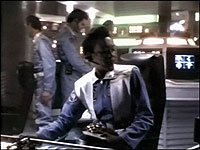 I'm going to throw some love to this movie. I first saw this almost 25 years ago on a Sunday morning. The graphics even in the day were not top tier. However, I did like the plot.

It's 2020 and the patina of age has treated this kindly, IMHO. The storyline is a luxury liner, the Arcturus, is on it's maiden voyage to Saturn and a malfunction has occurred which has required to abandon ship, a hairy idea if you consider life pods in space going who knows what direction. What has caused the malfunction is the question that gets answered at the very end. A life pod that has escaped the Arcturus, containing a ship's lieutenant, various passengers, and the head of the Whitestar line is being pursued but the ship itself while the captain remains on board, not in control, wrestling with the central computer that controls it.

This is a movie that with the right exposure could be something of a cult classic. I think the acting is pretty good, especially Christopher Cary, the captain. Like every good Sci-Fi movie, they lend a believability that allows a willful suspension of disbelief. The design of the Arcturus is pretty good, the robots in the film are believable, the launch and movement of the Lifepod are well done, and the interaction of the cast are good. They set out to make a believable movie given the limitations of the money (obviously) and I think they did a good job.

This is a movie you can find on Amazon Prime. Give it a try. You'll either turn it off in the first 20 minutes or you'll enjoy the ending.

Review by georgeorwell-27697 from the Internet Movie Database.