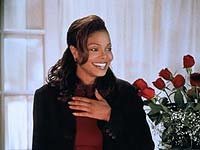 It is EXTREMELY rare for a sequel to be as good as the original film...and "Nutty Professor 2: The Klumps" is nowhere NEAR as good as the original. But then again, the first "Nutty" is a modern classic and one of the funniest films of the past ten years. "Nutty 2," judged on it's own merits, is actually a very funny movie, too...movies rarely make me laugh out loud to begin with (and the ones that do usually aren't SUPPOSED to be comedies), so for that in itself "Nutty 2" deserves very high praise.

Much criticism has been made about "fart jokes," sexual innuendo and general "sequel-itis"....but why is there such a backlash against crude humor? ALL humor, whether it is at it's most high-brow or stuck squarely in the toilet, has its ups and downs. If it's funny, it's funny, and if it isn't, it isn't. It's that simple. And most of the humor in "Nutty 2" works quite nicely, thankyouverymuch. I never heard ONE criticism about "There's Something About Mary," which took toilet humor to an all-time high and was very funny because of it. Sure, "Nutty 2" doesn't reach the same heights as "Mary," but the criticism it has received for the kind of humor it displays is not only hypocritical, but completely pointless. The movie is funny. Why is that such a problem?

Once again, Eddie Murphy's comedic genius is on full display here. Over the years, Murphy has basically coasted through his movies with a sickening lack of enthusiasm and drive...only with the first "Nutty Professor" and "Bowfinger" has he shown audiences the immense talent and ingenuity that was suggested at the beginning of his movie career. In "Nutty 2," he once again plays several characters, each with their own personalities and voices, and the results are amazing. Yes, the make-up helps, but it is Murphy's job to truly pull off these roles, and he does so. Sherman Klump is as charming as ever, and Papa and Mama Klump provide laughs every time they are on screen...but the scene-stealer this time, as in the first "Nutty Professor," is the feisty, sex-starved, and downright scary Granny Klump. Movies like "Nutty 2" generally don't offer much in impressing the Academy come "Oscar" time, but for someone like Eddie Murphy to pull off so many different characters so successfully and hysterically....well, the man deserves MAJOR kudos. An absolutely brilliant performance.

Some other familiar faces from the first film emerge here too. Larry Miller and John Ales are back, as the dean and Jason, respectively. I was not expecting much from Janet Jackson....yes, I like her music, but her talents as an actress have always been questionable. I was also wishing Jada Pinkett would show up again. But Miss Jackson gives a surprisingly strong performance, and is quite in her element in this film; acting opposite a powerhouse like Eddie Murphy in itself would be pretty difficult, anyway.

Overall, a thumbs up. Not as good as the original, but still a worthy sequel, and VERY funny. Murphy's performances alone are worth the price of admission. And the scene with the hamster is not to be missed!!!

Review by deejay_bill from the Internet Movie Database.