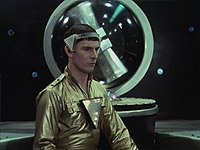 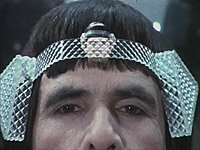 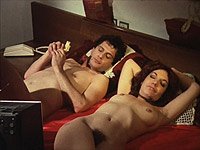 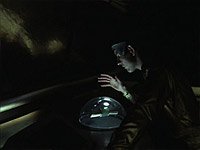 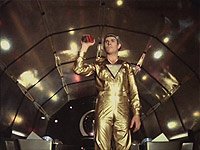 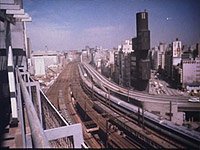 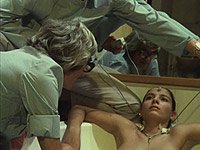 You know how you sometimes watch a film which has a great story, but really shonky acting. Maybe it's well sot, but the script is all over the place. Or weak in concept, but the special effects pull you through. It's quite possible to like films with all sorts of flaws if there in enough to redeem it in other areas, and you leave it with an OK feeling, tinged with a 'If only...' frame of mind.

This film isn't one of those. I watched it as a podcast I subscribe to is about to discuss it. I haven't heard that yet, but I'm seriously questioning their wisdom in that choice. Presumably they find some redemption in it, and it will be interesting to see what that is, because I find none.

Where to start...? The acting? OK, that could barely be worse. It was so bad that I could only wonder at times if they were doing it deliberately for some effect. One newsreader character read her lines as if she was asleep, there were the hammiest of evil villain laughs, the worst ever Margaret Thatcher, amongst scores of weak performances. I really am not exaggerating when I say that at least one of the kids in my 8 year old daughter's school is a better actor than anyone in this.

What else? The camera workdirectingset? OK, let's be clear, this was made on no budget, the sets were a bit rubbish, but they did what they could to make it look good I guess. I'm actually OK with it's low budget look. But the camera was more wobbly than the set, the director focused in on the random and extensive nudity in a way which had me worried for a while that it might descend into some kid of tawdry soft core. (I've got absolutely no problem with nudity btw, they looked great, but it starts to make you wonder what's going on in the director's mind after a while. At times, the camera work was so poor it was like watching some French New Wave jump cut sequence, but that wasn't what was happening.

What about the story? Hmm. At best, Hmm... Without giving plot details, the nugget of story at the heart of this was left floundering amid a morass of irrelevance. Was there another theme that was being explored through the film, a subtext - time, society, power...? No, there wasn't. If that was their intent, we didn't see it expressed, lost in the attention we were forced to pay to boobs and eating chocolate bars.

And one glorious non sequitur sequence, where I nearly cried through laughter, deranged laughter as I lost the will to live. A random band plays a whole song in the middle section ("Radioactivity, It's a hell of an activity") which served no purpose, was sh!t, and unbelievably trashy.

No. Really. I can't think of a redeeming feature of this film. If you are still thinking of watching it, my advice is get some mates round, get drunk, get something to smoke ready, get the munchies sorted, then go out and do something else.

Review by svenrufus from the Internet Movie Database.