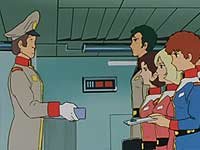 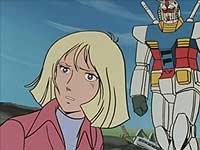 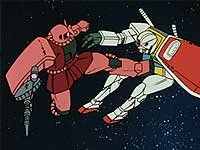 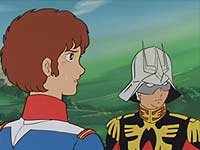 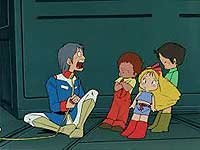 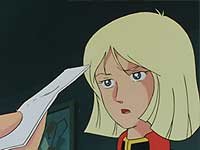 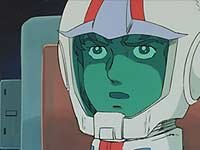 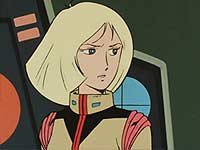 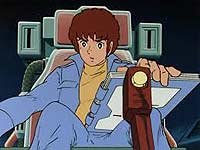 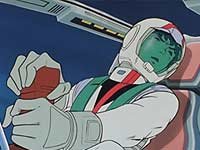 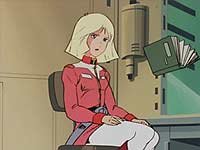 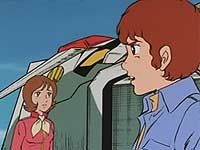 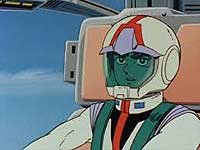 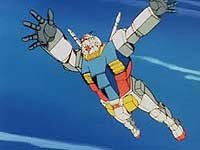 A true cinematic treasure from the earlier days of anime. When other shows featuring robots were either too childish or too outlandish, Yoshiyuki Tomino's vision of a world that featured giant robots, but was also filled with emotion, politics, and the basic human nature of conflict and war would be the very first movie to feature a more mature undertone for such categories in anime.

Mobile Suit Gundam: The Movie is the very first installment of the retelling of Yoshiyuki Tomino's original story first featured in the TV series which had ended early due to bad ratings but quickly bounced back in popularity and would become popular enough to be the Japanese equivalent of Star Wars.

The first movie of the trilogy introduces us to the world already ravaged by war, where the earth's overgrown population has migrated partially into space with the aid of colossal space colonies. After being oppressed by the combined earth governments known as 'The Earth Federation', the group of space colonies furthest from the earth launches a war under the flag of the Principality of Zeon. Due to technological advances, the earth and space becomes flooded with static that makes long ranged weapons useless, so the Zeon develop close combat vehicles in the form of giant robot suits. Greatly outnumbered, the Zeon forces still ravage the Earth Federation fleets with their use of their mobile suits, invading and partially controlling earth. However, unrestricted gas and nuclear weapon attacks, as well as the action of dropping a colony on the earth, has caused massive casualties on both sides and resulted in the loss of half of humanity's total population. After 9 months the war grinds to a halt, and a stalemate takes grip of both sides until one faithful day when the Earth Federation finally develops mobile suits to fight back with, the main prototype called the 'Gundam'. But as the Federation is about to test it's new suits a special Zeon scouting team lead by the top Zeon ace Char Aznable attacks the space colony the suits are housed in, killing nearly all the crew for the also new Federation carrier 'White Base' and also killing all of the suit pilots. It is this fiery confrontation which leads to the death of many of the civilian population in the colony, and also leads the destiny of a 15 year old boy named Amaro Ray to stumble across the Gundam and out of desperation pilot it to defend himself and the those left alive. So begins the crucible of the White Base crew, most of which are the civilians of the colony forced to man the carrier out of desperation, in their attempt to survive the countless waves of attacks by the relentless forces of Zeon in their attempts to capture the new and vastly superior mobile suit which renders their own suits as useless as tin cans.

The Characters in this anime are both realistic and entertaining, each one struggling to adapt to being involved in such a brutal and relentless war, and as the movies progress, they evolve into very deep personalities which are amazing to witness. Most notably, the bitter personal rivalry between the Char and Amaro takes seed in this movie and will eventually bloom into the massive hatred visible in the later installments.

This movie is a true testament to Anime, timeless in its message and comparable to most conflicts we have seen in current times. The story leads most views to be compelled to watch the rest of the series play out and find out the fate of the White Base Crew, and Tomino's skillful storytelling draws emotional involvement to a few, if not all of the characters in the movie. Some will find themselves cheering for the survival of the White Base crew while others will be cheering for the success of the Principality of Zeon, but there can only be one winner in the great war. The catchphrase of the movie still rings out; "Who will survive?".

Review by kefka989 from the Internet Movie Database.