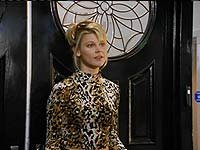 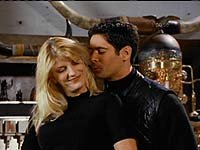 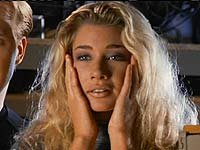 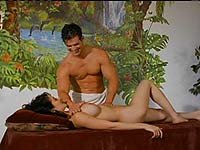 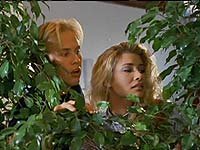 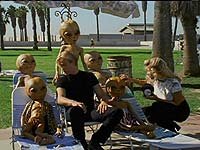 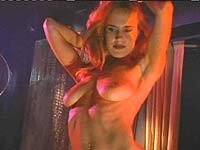 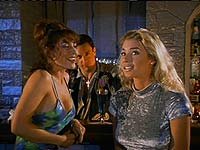 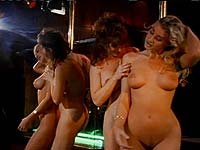 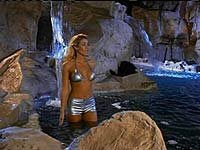 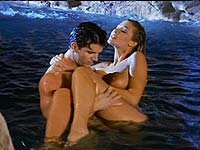 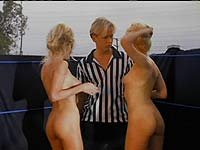 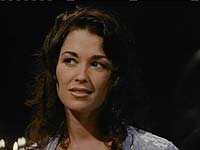 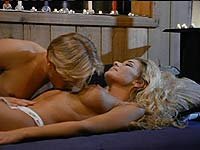 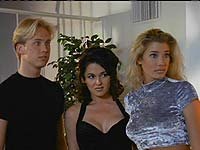 Femalien II picks up kind of where Femalien left off. Kara has been running all over southern California have sex with everyone and two other aliens are sent to bring her back. The bulk of the movie is these aliens visiting various locations where they think they might find Kara, and watching or participating in sex.

There are plenty of sex scenes. And all are good. The women are attractive, especially Bethany Lorraine. She's really the main reason to watch this. Unfortunately there's no Jacqueline Lovell in this one and Vanesa Talor only has one scene. Also, compared to Femalien 1 and other Surrender titles, this one is a little tamer. For instance, there's "sort of" a girl/girl scene in the strip club with Bethany Lorraine. But I guess Bethany would only go so far because it doesn't ever go beyond caressing and some mild kissing. However, there is another girl/girl scene where the girls are much more "interested" in each other and Bethany Lorraine does have two girl/boy scenes where she does more.

Overall, it's good softcore that can be found very cheap and I can easily recommend it. It's just not in the same league as Surrender's earlier titles.

Review by David Brown from the Internet Movie Database.