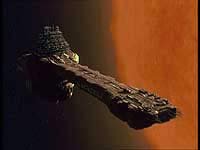 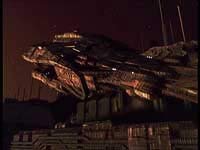 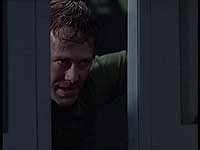 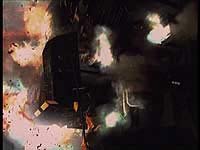 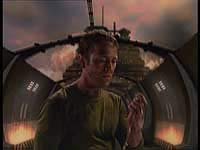 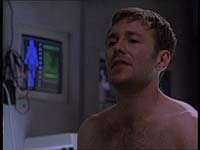 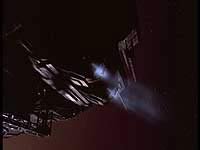 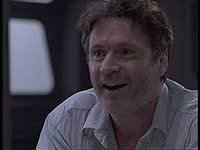 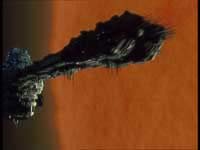 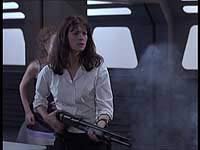 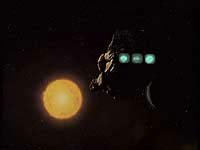 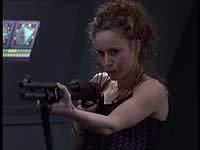 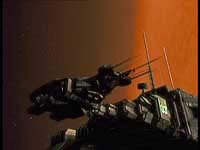 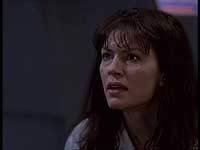 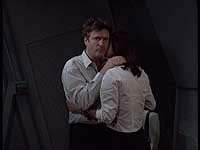 On a distant planet a psychopath is saved from execution by a space monk. He releases a few fellow inmates and breaks out of the prison in a spaceship. They dock onto a ludicrously enormous spacecraft that is orbiting a supernova star. This massive craft is populated by only three people, presumably because the budget of the film did not extend to hiring many actors. Anyway, to cut a long story short, the three goodies end up in a game of cat and mouse with the baddies.

The psychopath in this movie is curious in that he is annoying. 'Annoying' is generally not a term one would use to describe a lunatic - unhinged, frightening, dangerous maybe but not 'annoying' but he is. The three people manning the giant ship are seriously unconvincing as warranting such important roles - this ship is practically the size of a city! Considering that the film is set approximately 50 years in the future, it is somewhat optimistic that such a huge man-made craft could exist, never mind the fact that it is used for such a relatively mundane task. Despite the vast size of the spaceship, the crew all have appallingly kitted out, tiny rooms and the dining room consists of what appears to be a plastic table and chairs. But there are a lot of corridors.

The film is fairly well acted and it works as an averagey sci-fi thriller.