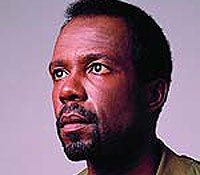 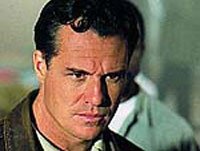 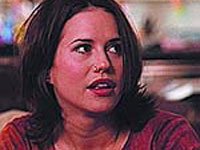 I would give this one a big fat "-75" out of ten if it was possible. I almost hesitate even to comment on this tripe, which is not worthy of my attention but unfortunately has captivated that of tens of millions of illiterate American born-again Christians. I picked up the first book in the grocery store and attempted to read the first page or two; alas, Tim LaHaye is a ghastly writer. But that only makes this production more puzzling: I would have expected that LaHaye's sheer lack of literary talent, enormous financial success and noted Romophobia would have been enough to have Hollywood producers fighting and clawing to produce a professional-looking film adaptation.

Not so, I'm afraid. Hollywood apparently hates born-again Christians even more than it hates traditional Christians. Still, one is amused to hear the critics charging that this promotes a "fundamentalist," "conservative" or even "reactionary" interpretation of the Apocalypse. This is part of the reason I condescended to write this review. Something needs to be cleared up this moment: there is nothing "conservative" about the theology peddled in this franchise. Prior to the 19th century, most Christians, including "conservatives," understood "Tribulation" as persecution, the "Millennium" as the long age after the Council of Nicaea, and "Israel" after the New Testament as the CHURCH, not a literal nation!

Catholic views of the Whore of Babylon and the anti-Christ vary widely, ranging from everything to the Roman Empire and the Emperor to anyone preaching false doctrine to St. Robert Bellarmine's belief in an evil emperor in Jerusalem, an outrageous modification of which influenced pre-millennial thought. For their part, traditional Protestants have never believed the Whore of Babylon would be the United Nations or the anti-Christ would be its chairman; these titles were respectively and perpetually held, in their view, by the Catholic Church and the Pope. A few Eastern Orthodox and a few others suggest a resurgent Ottoman Empire or perhaps even Peter the Great of Russia.

Really, though, almost any imaginable interpretation would have made for a far more engrossing story than the at best selectively literal interpretation of the Apocalypse posited by the Dispensational Premillennialist Covenant theologians of LaHaye's school. Let's say all of a sudden a percentage of the world's population vanishes before everyone's eyes. (I'll resist the temptation to crack a tasteless joke about the idea that "born-again Christians" might all disappear someday.) There are always sceptics who attempt to explain everything away, but for about 80 percent of the world's population this would surely be crowning proof of the Blackstonian interpretation of the Apocalypse. Why don't we see far more instant conversions than we do here?

There are, of course, other problems with this movie: there is talk of a horrendously turbulent world, and yet we never see it. There are the "actors," if they can be called such. There is the amateurish film-making. Above all there is the uncritical praise given by so many born-again Christians, some of whom go so far as to celebrate, even encourage and instigate, increasing geopolitical turbulence (often centered around the Middle East and the Holy Land) and believing it is their Divine duty to accelerate the return of Christ. Did Our Lord not specifically admonish that "It is not for you to know the hour"?

This is a bad movie, based on bad source material, but it does not fall under the banner of a "conservative Christian" film by any standard, and the people clinging to its disastrous theology have little recognisable share of the magnificent 2,000 year legacy of this Faith. "By their fruits ye shall know them," we are told, and this is the best they can come up with.

Review by n-mo from the Internet Movie Database.