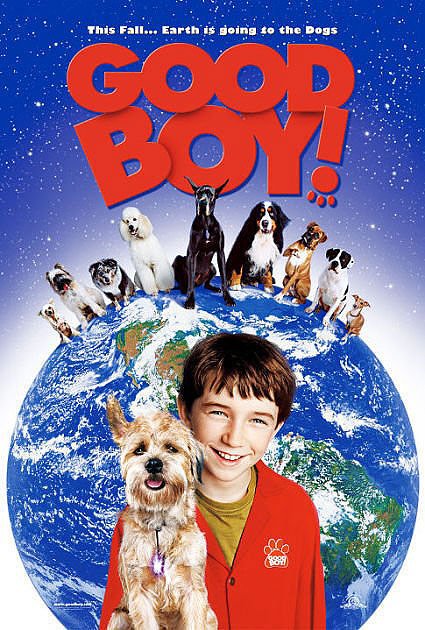 I took my son, 8, to see "Good Boy" on a recent visit to Seattle. He gave it a '10', which is pretty good as he was ranking it right up there with a visit to the zoo and the Pacific Science Center. I'd give it a '6', pleading a reticent adulthood, but add that it's far better than the anti-family detritus Disney's turning out these days.

The MGM movie tells the story of Owen, 12, and the dog he adopts, that turns out to be from outer space on a special mission. "Good Boy" is easy to take, even with the obligatory couple of flatulence jokes that earned the "PG" rating(my son of course thought them hilarious). It was funny, drew a few tears out of both of us, and ended happily. What more could you ask in a family film?

Review by akwriter from the Internet Movie Database.