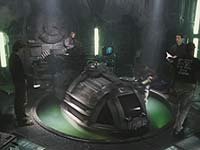 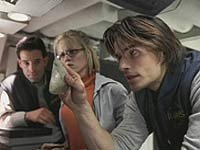 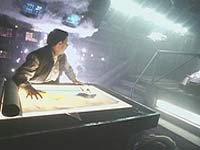 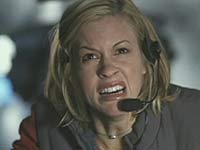 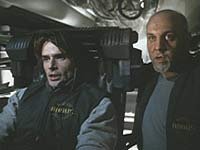 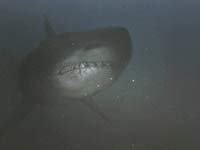 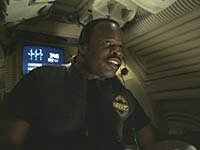 Lets begin: Antonio Sabato Jr. plays Dr. Spencer Northcut, a professor and quite possibly the only human on the planet who can design every facet of a deep sea research submarine (subtle sarcasm there, folks), who's family was attacked by a shark called a Megaladon that became extinct over 40 million years ago. The problem is that Dr. Northcut cannot seem to get a berth on the very sub that he created, maybe because of his obsession to get even with the monster shark that took his parents from him, or maybe because he's just not qualified for a position on the sub (did you ever think about THAT, Northcut?), and he spends the first fifteen minutes of the movie pouting about it. Then, as if a sign from above, a research facility is destroyed and it's Northcut to the rescue. Why he would suddenly become qualified to help investigate the destroyed facility is beyond me but he finally gets a berth on "his sub". As the story rolls along we also find out that Northcut is a qualified diver, paleontologist, submarine commander, mini-sub driver and martyr extraordinaire. Wow, can this guy do it all or what?

The other characters were almost as bad, not to mention most of the acting. Whomever casted Heather Marie Marsden (in a laughable performance) should seriously think about another career and the diction coach should have been fired. I don't have a problem with foreign actors but if they're going to use American slang at least do it properly. Example: One of the guys in the research facility tells another guy, "I sick of your stupid-ass games" but the way he said it, it sounded like, "I'm sick of your stupid ASS games." I've been trying to figure out what those are ever since. The only character I liked was Harrington, a no-nonsense mini-sub driver that thinks Northcut is an unqualified nut that could endanger the entire crew. Grand L. Bush's portrayal of Harrington was the most realistic of all the characters and the only one who questions Northcut's qualifications...finally.

The animation was also atrocious. Whose idea was it to make the shark look like it was snarling? I almost expected to hear it growling! And don't forget to check out the radar display. At one point there is a large, green shape of a shark coming across the screen! If anyone has ever seen an actual radar screen (and I use one on my boat) they'll know that images are just big blots of color and not distinguishable from one another: could be land, could be a boat or it could be a channel marker. Radar's do not decipher what's in front of you, so the image of a shark floating by was pretty funny indeed!

If I have to describe this movie in one word it would be "Pffflllttt" (big fat raspberry).

Review by tbkrazy from the Internet Movie Database.