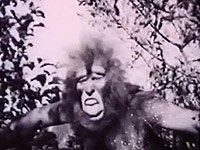 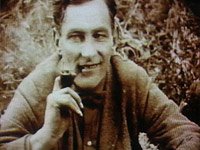 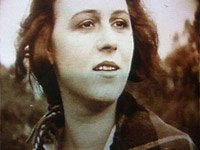 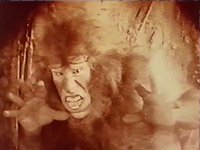 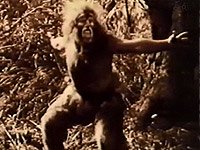 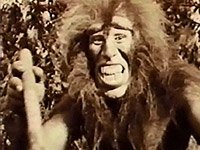 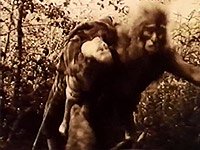 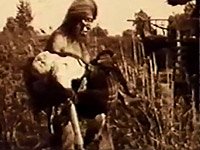 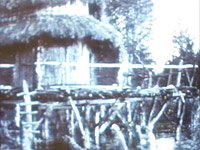 A note asking for help and giving the latitude and longitude of the writer's location is found in a bottle at sea. The newspapers dismiss the letter as a hoax but Robert Marston recognizes the writing as that of his fiancée Jane Crawford who disappeared from London years before. Robert is now engaged to Evelyn but feels he should still conduct a search for Jane (He seems mostly worried about what might happen if Jane turns up in London unexpectedly should someone else rescues her). In the company of his friend Ted, an inept physician fleeing a publicity stunt gone awry, Robert boards a submarine (!) and heads for the mysterious location. When Evelyn discovers this she becomes determined to follow.

The location turns out to be a desert island. Robert and Ted discover a compound located in a marsh and there meet the sinister Dr. McClelland who is holding Jane prisoner and conducting strange experiments with animals. The friends free Jane who tells them that she was kidnapped by a gang of Asians in London and doesn't know how she ended up on the island. Their escape is thwarted when McClelland's opium addicted assistant Fung-Lu blows up the submarine. Robert, Ted and Jane then start a Robinson Crusoe sort of life elsewhere on the island. A love triangle develops.

McClelland turns out to be the notorious Dr. Thompson who fled London 5 years previously. He has created monsters who are semi human and a mixture of different animals. They are kept shackled in a hidden room. His masterwork though is an artificial man who is near completion and needs only a human heart to become animate. Just as Evelyn and the rescue party arrive on the island, McClelland has his most successful creation, a monster who acts as his servant, kidnap Jane and bring her to the lab where the doctor instructs Fung-Lu to remove her heart. However, he reckons without the treachery of his envious assistant and the hatred of his monsters for their maker and a fiery climax ensues.

The film is widely regarded as an unofficial-and very free- adaption of H.G. Wells' "The Island of Dr. Moreau" but German reviewers did not make the connection. However, one of them did note the film's resemblance to Maurice Renard's 1908 novel "Dr. Lerne", an acknowledged tribute to Wells and "Moreau." In any case, the film is less reminiscent of "Island of Lost Souls", the classic thirties adaptation of "Moreau", than the screwy Monogram horror films of the forties with an incoherence that borders on the surreal punctuated by some silly comedy. One of the characters is a black man dressed in top hat and tails whose presence on the island is not explained (though I suppose it's possible there's a title card missing in the copy I viewed). His antics are proof that racist humor was not strictly a Hollywood affair.

The effective make-up on the mad doctor's monster assistant is not unlike that of Vincent in TV's "Beauty and the Beast." However, he makes for a rather sorry henchman. He follows his master's instructions to shoot a tranquilizer (via blow gun) into Jane but once she collapses, he fails to pick up her and bring her back to the lab! At one point the doctor threatens him with a whip and demands to know "Who created you?" but instead of the expected response the beast man timidly points to Fung-Lu. The creature is portrayed by wrestler Umberto Guarracino who played the Monster in 1921's "Il mostro de Frankenstein"

The doctor's other creations- which include a hairy walrus hybrid and an ape with the head of a giant bird- are glimpsed only briefly but leave the queasy impression of fake sideshow freaks. It's a bit of a cheat however to have all this build up to the artificial man and then not even get a look at him once he comes to life.

Performances are adequate. Erich Kaiser-Titz bears a resemblance to Irving Pichel but his Dr. McClelland seems more slimy than obsessed. Sets and photography are serviceable but fail to create any sense of dread or isolation. Director Urban Gad's main claim to fame rests with the films he made with his wife, Asta Nielsen.

Review by hnicolella@earthlink.net from the Internet Movie Database.