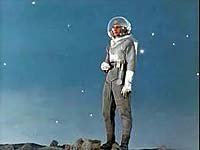 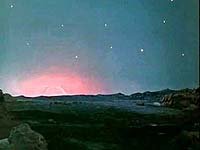 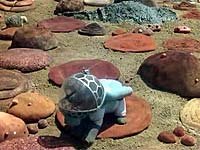 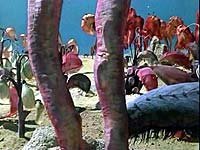 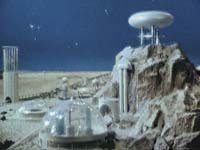 This is the first major Soviet space movie to be released after 1935. It tells the story of two manned rockets that wing their way to the moon and Mars respectively. Along the way, they stop off at a space station where they find a greenhouse, research facilities, and a place to stay. The exceptional special effects were quite innovative and were later stolen by American filmmakers who used them in their film, Battle Beyond the Sun (1963).