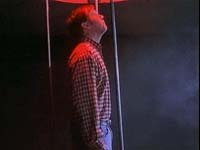 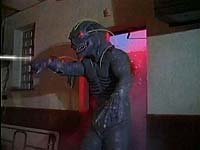 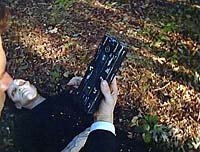 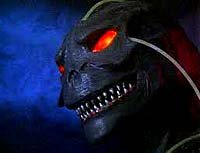 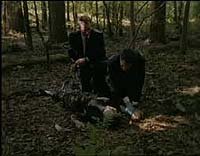 Effortlessly awful but strangely compelling 'Alien Factor 2: The Alien Rampage'is a film directed by the Baltimore auteur Don Dohler about a cyborg on the loose in a small town looking for a gadget looked after by an alien so they could repair their space ship and get off the planet. The cyborg puts a force field around the town and in his search kills some people. Actually a lot of people. In actual fact nearly everybody in town. They might as well close the town by the end of the film.

The acting is amateur and the special effects are ropey but there is a charm about the film that is hard to describe. The cast run around acting mainly stupidly but it is easy to warm to them and also to the cyborg which reminded me of Mechagodzilla from Japan. Not exciting at all but it kept me watching until the end, beguiled by its simplicity and gaucherie.