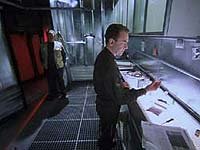 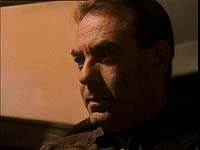 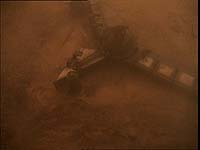 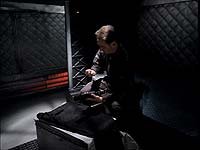 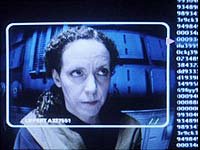 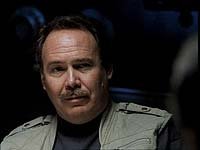 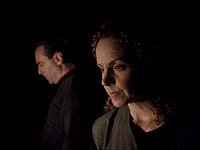 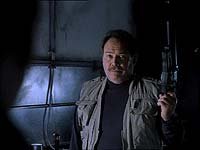 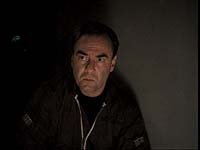 Despite an alluring title and the promise of scifi mysticism, not to mention a lot of hype, Ascension is nothing more than a college film gone horribly wrong. Sixty and some odd minutes of close-ups, reaction shots, bad fades, flashback sequences and confused, lethargic and all around uninteresting characters running around inside what looks like my grandma's basement trying to escape some mysterious storm that seems to have a life of its own.

The movie was meant to be something spiritual and haunting. An look inside the concept of what human beings perceive as life and death, good and evil and the very nature of forgiveness, acceptance, god and the afterlife. Instead, it's a giant tease with no payoff.

The Titan storm....never really explained. Is it god? Is Titan some metaphor for purgatory? Is the missing lead scientist some sort of supernatural entity now? Does the director know that he filmed the most un-sexy love scene in all cinematic history? The two remaining scientists on Titan never really do anything, serve no purpose and pretty much just serve as a distraction from the rest of this jumbled story. And by the time you get to the end, you don't really care. Other reviews will go on and on about how beautifully this film was shot and how they did it on a shoestring budget. News flash.....it doesn't cost much money to make a sluggish, self-indulgent borefest like this rubbishď¿˝.aka...Ascension...aka....John Krawlzik, go back to your day job. Avoid at all costs.