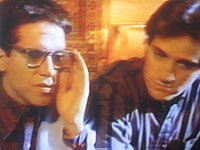 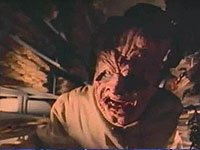 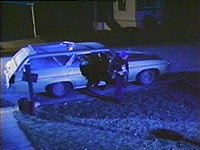 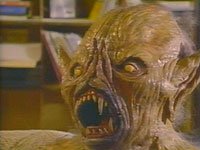 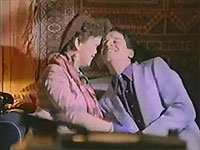 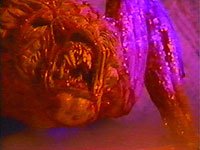 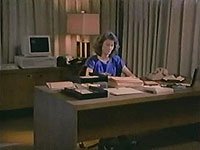 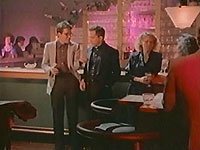 Nerdy library clerk Warren (Joe McDonald) works in the archive department where he stumbles upon a document that shows him how to develop psychic powers. With his newfound mental abilities, Warren seduces women against their will, including his library colleague Sandy (Shirley Ross). Eventually Warren's brain ups and leaves his body and latches onto Sandy, using her to attack his womanising room-mate Brad, of whom he has long been jealous.

The first half of Mindkiller is kinda dull, with Warren and his equally dorky pal Larry (Wade Kelley doing his best Julius Kelp impression) trawling bars and clubs hoping to find a member of the opposite sex willing to go home with them. I assume that their lame attempts at picking up women are supposed to be funny, but they aren't. Once Warren starts to learn the document's secrets, his batting average improves considerably by using mind control (cheaper than Rohypnol, I guess); this too is fairly forgettable, with only a spot of brief T&A to prevent total boredom: Ross strips to her undies during a dream sequence (nice bod, shame about the face), and a blonde with bad hair flashes her tits.

The second half of the movie sees Warren gradually losing control as his brain causes him to mutate, but it's not until the 20 minutes that the film delivers the goods in terms of gloopiness, Warren's enlarged cranium pulsating before splitting open to ooze blood and mucous over a hysterical Sandy, and, in the film's funniest scene, the brain growing eyes, fangs and legs to attack Larry. Fans of trashy practical effects will appreciate the effort, even if the results aren't that great.