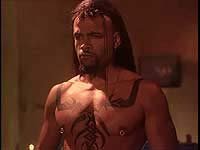 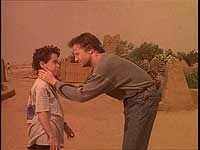 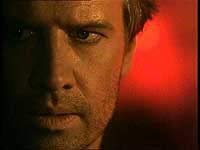 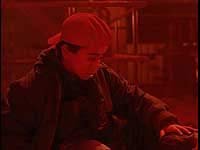 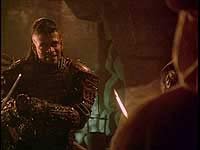 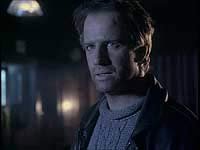 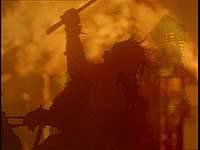 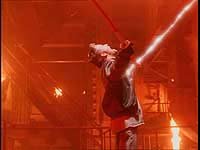 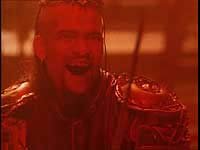 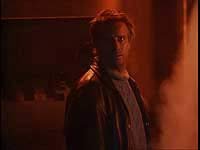 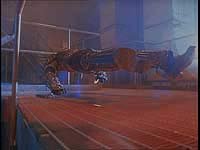 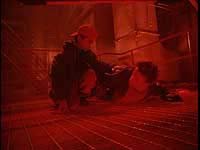 The following review, is by a friend of my, Peter Benigni, which I first asked him if I could use his review, and he said yes. "Highlander", released in 1985, has spawned both two popular syndicated television series and an stupid animated series, so it's surprising that the franchise's own worst enemy is the pair of film sequel it has been produced 5 years later: "Highlander II: The Quickening", made in 1990, one of the worst movies ever made. After the great failure of this film, the DavisPanzer teaming decide to make up with making this film. So, we have "Highlander: The Final Dimension", made in 1994, starring the original Highlander, Christopher Lambert. It's a great pleasure on the big screen, having Christopher Lambert as Connor MacLeod, the role that he created and later inspired the "Highlander:The Series" producers in 1992, though he seemed elevated to competence in the first film through proximity to fellow Immortal Sean Connery (alas, Juan Sunchez Villa-Lobos Ramirez's character remains dead and Connery remains smart enough to avoid non-Bond sequels). Even excusing the implausible French-Scots accent, Lambert's performance as Connor MacLeod (in HL1 and HL3 and the HL:TS 1st episode) was always one of the greatest and hightest points of the "Immortal Universe", making him probably THE coolest Immortal in the Highlander Film-Series. And, to be truthfull and onnest, if Connor MacLeod didn't exist, then Duncan and the characters of the televison series would have not been existed. The nastiest of these in this installment is Kane (Mario Van Peebles), a 751 years old Immortal, who was trupped in a cave at Japan for 400 years, while he gained the power of the Sorcerer Nakano, Connor's second teacher. "The Final Dimension" is all over the map and timeline: It starts in late 16th-century Japan and includes scenes from revolutionary France, 18th-century Scotland and 20th-century Morocco and New York City. This is movement, but it's hardly action. For that, one turns to the four sword fights that shape the film (immortals shun modern weaponry), with most interests the one in the Budish shrine (a little bit ridiculous, since the Budish Shrine was a Holly Ground, but, as it seems, Kane was VERY bad and unreligious) and the Final Battle in the end (certainly better than the Final Battle in the first one). There are also scenes of sword forgings and sword training (in Japan with the ubiquitous and truly Immortal Japanese actor Mako -one of the classiest and greatest Japanese actors). There's even a set piece with Lambert running through the Scottish Highlands, slashing the air as Loreena McKennitt sings a beautifull ballad that aims to follow in the chart steps of the original's "Who Wants to Live Forever?", and comes very close.

MacLeod's love interest this time around is archaeologist Alex Johnson (Deborah Unger, also playing his 18th-century paramour, Sarah Berrington), but other than her showing up for unusual scene segues, nothing much happens. As for Van Peebles, he's a big improvement to General Katana's character at HL2, but unfortunately, he's reapiting much of Clancy Brown's the Kurgan character (and lines), making his character a litle boring, but still, he's a good villain.

"The Final Dimension" marks the feature debut of video veteran Andy Morahan, here following in the footsteps of video director Russell Mulcahy (who did the first and second films). Many people said that he should have stayed in the Music video productions, but I believe he made a good film, with style and inspiration.

Given that each movie has had its good and bad points, I'm not sure whether this is worthy of praise or not. I think "Highlander: The Final Dimension" is one of the better sequels in the Highlander series, although many people thought that it had been failed as a true Highlander sequel. I don't think so...

TRIVIA: Wait until "Highlander: Endgame" comes out at late Semptember 2000.

Review by muslukov from the Internet Movie Database.