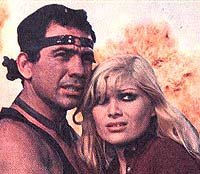 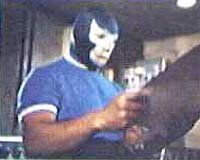 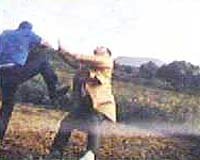 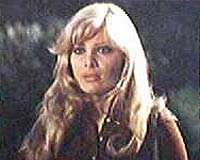 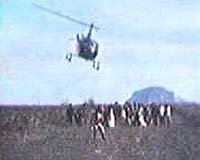 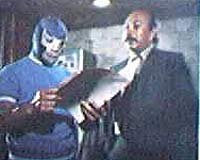 It's 1972, This is the Mexican version of "The night of the living dead" Professor Zovek was a real national hero. He was an authentic athlete, able to swim, jump the boxer's rope and perform sit-ups without stopping for more than 8 hours. He became famous for his escapes (better than Houdini's) and his demonstrations of his physical and mental strength, like stopping 8 motorcycles from start running using his teeth, a biting device and some chains (everything documented on TV and WITH audience in the studio).

The Fuji Telecasting Company LTD from Japan sent some agents to Mexico to invite the Professor for a special program "The World Surprise Show" where super stunts, strong men and extraordinary talented people were presented every six months having the best of the best in this Show, when they heard about Zovek, they thought it was like the "Zovek brothers" where one was an escape artist, another probably making the records an maybe another being the professional hypnotist etc. but they were surprised when realize that the Professor was everything in one man, so they called him and gave him the title of "The first Incredible Showman in the world".

With this we can understand why the producers of this movie the "Rosas Priego" brothers offered Zovek a contract of 9 movies, because they knew that success was guaranteed, at least in the local market.

Yes, this is a low budget film and the special effects are nothing if you compare those to Terminator's or Matrix's, but this is early 70's. Look for example the movies of that time like 007's or Roller Ball and you won't find Silicon Graphics style at all. In the other hand take a look to "Wild Wild West" where you have a superstar, Will Smith; there is a big budget and that was made in 1999 and for real that's a poor, empty movie.

The makers of this movie had to re-write the script because Professor Zovek was killed in a helicopter accident in March 1972 so they invited to the wrestling star "Blue Demon" to finish the story, and of course the Professor never saw the movie.

The fighting scenes looks real because actually The Professor was a Martial Arts Teacher (he trained the Military Police of the Mexican Army and received some offers from some other countries in Eastern Europe) and he mastered western boxing, French fencing and oriental Martial Arts.

Review by Edmond Dantes from the Internet Movie Database.